I’m about to say something so heretical, I can already hear the gasps of disbelief and nervous laughter all the way from the West Coast:

I miss my old flip phone.

That’s right. I miss my Verizon Samsung flip phone with its archaic texting set-up (no separate keyboard) and its crap camera that was really only good for taking close-ups of your jean-clad arse if you left the phone in your back pocket when you sat down. This last is more of a guy thing. Somewhere, I feel certain, there are men with online photo albums composed entirely of their denim-covered derrières.

Before you do an eye roll and dismiss my flip-phone fetish as “one of those old people things,” I would like to direct your attention to a story on Time.com about millennials who still use and prefer flip

phones. According to a survey cited in the article, 13% of 25-34 year olds like their flip phones, and—this will really blow your mind—an even greater number (15%) of 18-24 year olds are flip-phone users.

Does this mean the phone-that-is-just-a-phone is poised to make a comeback? Can it be that people are searching for something more meaningful to do with their lives than snapping selfies? If only.

Okay, confession: The Time story is from 2014, but that’s not so ancient. Everyone reading this post was already alive in that year. In a different sense, though, 2014 does seem like another lifetime, an existence I dimly recall when people still went out to the movies and someone sensible was at the helm of the government. Sigh.

But Ame, I hear you saying, why do you yearn for that crappy little flip phone? Don’t you love that you can drain your bank account in an afternoon of frenzied shopping simply by tapping your sexy new Smartphone on that little white cube? Hasn’t it qualitatively enriched your existence now that you have a keyboard that anticipates—rightly or wrongly—every next word you wish to text? That you have a world of .gifs at your fingertips? Or apps like Android’s Flush Toilet Finder, and Is It Dark Outside which, I kid you not, tells you whether … it’s dark outside.

Okay, I know smartphones make it easy to bank online from anywhere, check the weather in Dubai, or pinpoint a leaky window.  And yet … I long for a phone that does only one thing: Be a phone. And here is why.

Multitasking is the fast track to insanity.

Psychologists have pretty well debunked the efficacy of that 1980s’ Type-A wet dream, multitasking. Turns out that though you may be able to do two things at once, say, walk and chew gum, you cannot concentrate on two things at the same time.

Even those who haven’t entirely forsaken multitasking acknowledge that it’s both a time and energy drain. It takes us about 15 minutes to mentally switch tasks, and there’s a certain amount of cerebral friction that comes from dealing with multiple distractions. The day flies by without much to show for it. To boot, your brain may become addicted to this state of distraction. Bye-bye focus.

My old flip phone never invited me to watch an episode of Stranger Things while tweeting to friends and playing Super Mario Run. It was just there when I needed to tell someone my car had broken down at a major intersection during rush hour.

I am not a Finger Monkey.

Critic Anne Billson, recently declared: “People who watch movies on phones (especially if they think they can leave valid critical comments on imdb) should be shot.”

While I do find this a tad harsh, it should be noted that Anne made her comment on Twitter, a medium known for encouraging impassioned, if not always well-considered, reactions. But beneath the emo, she makes a good point: No one is going to watch Magnolia or Schindler’s List—both clocking in at 3+ hours—on a screen measuring 2¼ x 4 ¼ inches, a size suited to Finger Monkeys and  Pygmy Rabbits, but not people. 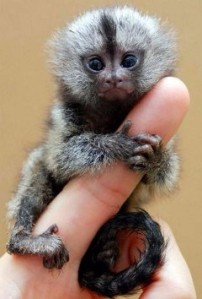 Nor are readers likely to scroll through War and Peace (1,296 pp.) or Infinite Jest (1,079 pp.). I could barely get through the Wiki article on kangaroos I used as a test case for the “ease” of reading on a Smartphone.

Reading is made for curling up in a large, comfy chair, or nestling among piles of pillows, snug beneath the blankets in bed. It’s about the feel of paper beneath your fingers as you turn the pages, and reveling in a wealth of words you don’t have to squint to decipher.

Brevity may be the soul of wit but it’s murdering journalism.

Not so fast. While it’s true I won’t see 20 again in this lifetime, a wealth of decades provides (along with wrinkles) a useful yardstick to measure change. I used to freelance as a magazine writer, and I watched the average length of articles shrink from pages to paragraphs to 500-word blurbs as increasing numbers of publications went online. It became impossible to make a decent living writing pay-per-word. I continue to subscribe to The Atlantic because it still publishes articles worthy of the name, with stuff like well-researched content and in-depth analysis.

In a Slate.com article, Jack Shafer cites a revealing study which found that people who get their news from print sources “remember significantly more news stories than online news readers.” Print readers also recall significantly more topics and remember more main points. Only when it comes to recalling headlines does the online crowd match print readers.

Shafer, who cancelled his own print subscription to the New York Times, lured by the sexy design of the online version, was back to home delivery within a year. “What I really found myself missing was the news,” he explains. “Even though I spent ample time clicking through the Times website… I quickly determined that I wasn’t recalling as much of the newspaper as I should be. Going electronic had punished my powers of retention.”

A paragraph here, a page there—what is this thing I’m reading?

A reviewer on Goodreads lamented that more and more books are making less and less sense. Half-baked plots. Twists that don’t stand up to scrutiny. Cardboard characters with incomprehensible motivations. She wondered how so many of these spotty reads were selling.

I wonder how many readers even notice.

I think “gaps” in a novel’s plot, structure, and characters reveal themselves readily when we read a printed book, but maybe not so much when we’re scrolling through a page or two while waiting on the subway platform, then scanning another half dozen paragraphs while standing in the checkout line at CVS. With the noise and movement of the world all around, who’s to really remember if Mrs. McGillicuddy was at the manor on the night of Lord Dudley’s murder, or if her name is actually Ms. McQuade and she dresses as Lord Dudley on her nights off from the massage parlor? Details—and sometimes entire plotlines—are easily lost in the flitter flutter of smartphone reading on the run.

I want a life apart from my phone.

In a 2014 Pew Research poll, 46% of smartphone owners reported “they couldn’t live without” their phone. Among millennials, 87% said their smartphones never leave their side.

Well, I can, and do, live without my phone much of the day, often leaving it in the jumble of notes and manuscripts on my desk, ignoring it until it rings.

I know it seems like the ultimate definition of personal freedom to head out into the world each day with nothing more than the clothes on your back and a phone that offers every app modern life requires, but I don’t want to reach for my smartphone each morning (as one user reported) to shut off the alarm and find myself automatically scrolling through my Twitter timeline.

In an age where nearly 40% of people under 35 interact more with their smartphones than they do with friends, family, or co-workers, I still enjoy going for a beer with friends or having dinner out with my 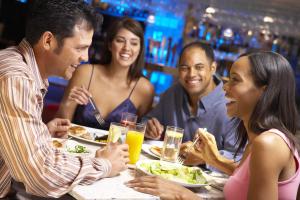 husband—and talking to each other, nary a smartphone in sight.

I also like to take a walk or go for a bike ride without wires coming out of my head, my texting fingers idle by my side.

I like a thing to be just what it is.

Irony of ironies, a UK survey reports that making phone calls is not among the Top 10 uses we make of our smartphones. We are more likely to check email, trawl Facebook, shop online, watch YouTube videos, even check the weather than phone someone.

“I honestly can’t remember the last time I used my phone to call someone,” one user admitted. “I get incoming calls, but I usually just ignore them.”

As someone who has worked phone banks for political campaigns, I can attest to the truth of this statement. Almost no one picks up.

I like a thing to be what it is. Just that. I don’t want a stove that doubles as a dishwasher, or a microwave that also serves as a TV and hair dryer.

When I go to the gym, I take my iPod, not my phone. That’s because my iPod contains my workout  music. That’s all it does—play music—and I don’t want a perfectly good gym tune like “Build Me up

Buttercup” to be interrupted by a text, or a notification that I’ve got 200 new messages in my Inbox. I go to the gym to get away from that.

On road trips (where I do carry a phone in case of breakdown), I use my portable Garmin GPS that sits on the dashboard. It does one thing: provides directions. Why do I prefer this geriatric invention to the Google Maps app? In a complex situation, like driving into New York City, I like to see the entire grid of streets and on-off ramps without having to take my eyes from the road or juggle my phone between my knees. Do I have to navigate five lanes or three? Will I need to bear left on the off ramp? That’s the beauty of something with only one purpose: All its components are geared toward doing that one thing well.

In a world of 2.2 million apps, where the number of smartphone users is expected to top 5 billion in 2019, I am certainly Don Quixote here, tilting at windmills. But there are worse characters to be, and I still think nothing is lovelier than a summer day on my deck, a warm breeze riffling the pages of the book I’m reading, a gin-and-tonic at my elbow. And if you should stop by, I’ll snap a photo of you. With my Nikon camera. That’s all it does—take pictures. I love it.