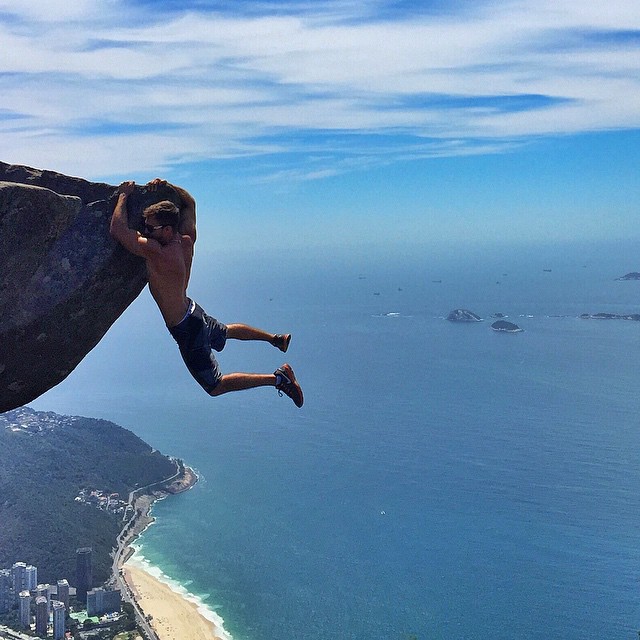 The evidence began popping up everywhere last summer. People on Facebook talked about rising blood pressure and deepening anxiety as the realization hit that Trump could very possibly win the election. Over 3,000 therapists signed A Public Manifesto: Citizen Therapists Against Trumpism, a document penned by University of Minnesota psychologist William J. Doherty, in which he discusses how Trump’s hate-filled campaign was inducing anxiety, fear, and a sense of helplessness in many people, especially women, the LGBTQ community, and people of color. Almost half of Americans surveyed reported Trump was causing them emotional stress. And this was all before the election.

With the extreme right now controlling both chambers of Congress as well as the presidency, the situation has only escalated. As Slate reported in late January, “the Trump effect” on many Americans’ anxiety levels is very much alive, manifesting its negative health impact in doctors’ and therapists’ offices, as well as emergency rooms, across the country.

As someone experiencing this stress on both a personal level (fears about losing my ACA healthcare, my husband losing his Medicare without which he can’t afford the prescriptions that keep him alive), and a more general level (fears about environmental dangers escalating, the fascist threat to our democracy), I have devoted much thought to how we might both fight these threats and stay sane in the process. What follows is my five-point survival guide for getting through this mess with some better outcome than ulcers or stroke. I hope you find something of use here.

And don’t miss the music video at the end. It’s a guaranteed smile.

1. Engage Where You Can

If the 24-hour news cycle is raising your blood pressure and depressing your spirit, I strongly recommend turning off the TV and rolling up your sleeves. Join your local eco group. Volunteer to help resettle immigrant families. Campaign for clean water. Protect civil rights. In a nutshell: Get out of the house and into the streets. Nothing is more empowering than standing up and speaking out for what you believe in. Everywhere you look, millions of ordinary Americans are voicing their concerns and sharing their stories.

The Women’s March on Washington. The crowds congregated at our major airports to denounce the Muslim Ban. The Town Halls across America over the past two weeks. This is what democracy looks like. It’s vital and it feels great.

If you’re lucky enough to live in or near a large urban area, you have many opportunities to participate and make your voice heard. But so powerful is this movement of Americans fighting to defend what they value—the environment, healthcare, Medicare, Social Security, civil rights, women’s rights, LGBTQ rights, workers’ rights, immigrants, and public education—that smaller cities and towns all across our nation are also organizing meetings, rallies, and marches. Many organizations such as Move On and the Sierra Club  can help you find activities and events near you simply by entering your zip code on their website.

Lately, I’ve seen some disturbing references to such civic engagement as “criminal.” Raising your voice for democracy, the human rights of all people, and the safety of our planet is not only your civic duty, protected by the First Amendment (“the right of the people peaceably to assemble, and to petition the Government for a redress of grievances”), it’s also widely recognized as a healthy activity. According to the National Physicians Alliance:

Simply put, people who have a voice–whether in the exam room, in the voting booth, or in civic and community life–tend to be healthier. And the more voices there are, the healthier our democracy becomes.  This is Rx: Democracy.

If people around the globe from London to Sydney, Paris to Budapest, Toronto to Barcelona, can speak out for our democracy, we can, too.

2. Join With Others (Invite a Friend)

Everything seems easier and happier when friends are in the picture. I went up to New Hampshire in 2004 to stump for John Kerry. It was a New England picture-perfect fall day and the natives were (for the most part) friendly and willing to chat. But what made the day especially pleasant was that we did our canvassing in groups of three. Knocking on doors and introducing myself was a lot easier because it wasn’t just myself but also my teenage son and my good friend Rachel.

In a February Town Hall, Senator Ed Markey pointed out that real change often starts at the state level. He encouraged people to band together locally to convince their surrounding communities to adopt a particular policy. When enough communities cooperate, measures can be put on state ballots. This kind of 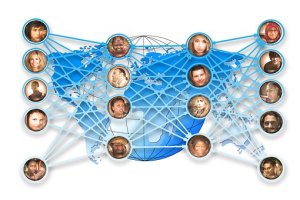 local-action-gone-wide is how Fight for $15, a coalition of low-paid workers and their supporters which began in New York City in 2012, has been able to raise the minimum wage in more than 40 cities and states around the country in just a few years.

Working locally for larger objectives offers opportunities to work with like-minded friends (as well as making new ones). In the face of congressional efforts to disband the EPA and roll back crucial environmental protections, the Sierra Club campaign to get cities and towns to commit to 100% renewable energy is another great think-global/act-local effort. According to a 2016 Sierra Club report:

100% clean energy is not a not pie-in-the-sky idea. Burlington, Vermont; Aspen, Colorado; Columbia, Maryland; and Greensburg, Kansas, have already achieved 100% clean energy and are powering their cities today with entirely renewable sources. A dozen additional cities have made commitments to reach 100% clean energy in the next 15-20 years, and many others are considering similar plans.

So gather up some friends and neighbors and start talking to your local officials.

Making phone calls to legislators and other decision-makers may seem like a boring task, but you can make use of a Weight Watchers technique to keep going: Involve your social network. This could be old friends, neighborhood friends, or your Facebook friends. Set a goal. Maybe it’s to make two phone calls a day. Or sign five petitions. Or write one letter. Everyone agrees to do it and share what they’ve done. That one-minute phone call to voice your opposition to fracking goes a lot easier (and you’re more likely to do it) if you know you’ll be sharing your activity with friends later.

Fighting for what you believe in need be neither angry nor lonely. Orgs like Democracy for America and Move On have long recognized how powerful the social aspect of political action is. Rallying at your senator’s local office? Marching for healthcare? Organize a potluck beforehand to make signs and discuss slogans. Collecting signatures for clean energy? Finish up the night with a house party and pizza. After all, isn’t what you care about, what you’re fighting for, at its most basic level, community?

3. Focus On What You’re Fighting For, Not What You Fear

This is a tough one because there’s plenty out there right now to be scared about. Our environment, our civil rights, our healthcare, our very democracy are all under attack, but fear zaps our energy at a time 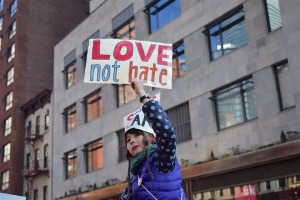 when we need our strength. It elevates our stress levels which can damage our health. And it doesn’t change one thing.

But we can channel our fear into something positive by focusing on why we’re distressed. For example, I worry about the appointment of Jeff Sessions to Attorney General because I care deeply about civil rights protections for all people, including the LGBTQ community.

The answers to why do we fear tell us what we value, what we love, what we’re fighting for, and that’s a place of strength from which to make a stand and take action. As President Franklin D. Roosevelt said in his inauguration speech in March 1933: Let me assert my firm belief that the only thing we have to fear is…fear itself — nameless, unreasoning, unjustified terror which paralyzes needed efforts to convert retreat into advance.

This is definitely the moment to fight for what we cherish.

If you’re like me, you open your e-mail and are assaulted by a dizzying Hydra of issues that threatens to devour your every waking moment. Where to start? No sooner do you sign one petition than ten more appear.

You can’t do it all. And you can’t do it all the time. The good news is: You don’t have to. None of us is alone. We have each others’ backs. So, take a rest from time to time. Attend to what needs tending in your life. Enjoy your family and friends. Take a walk. Read a book. Dance to music. And reflect on the beauty of the stars at night, the sound of children’s laughter, the majestic roar of the ocean. The sweetness of being alive. 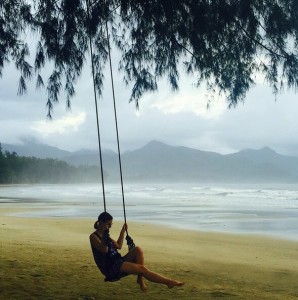 History is a long road. There have been upheavals, tyrants, and gross injustice since the beginning of settled civilizations. As relatively young as the United States is, we began with a revolution in one century and a civil war in the next. It wasn’t all George Washington standing up in a boat, crossing the Delaware, or Abe Lincoln signing the Emancipation Proclamation. Those critical points in our history were bloody and scary and full of uncertainties. The Civil War severed friendships and families. It threatened to turn this idea of our nation to dust. Less than 50 years after Lee surrendered at Appomattox, the world went to war in 1914, and again in 1939, after which America was rocked by violent backlash against the Civil Rights movement and the war in Viet Nam escalated.

There will always be conflict brewing out there. Sometimes it’s just brewing and sometimes, like now, it’s threatening to explode wide open. But history is a great teacher. It reminds us that holocausts can happen when we choose to close our eyes. It reminds us, as American abolitionist Wendell Phillips did, that eternal vigilance is the price of liberty. But it also tells us that shutting down a despot and defending democracy is the result of many people working together. It’s like standing watch. A watch works in shifts. While some people are sleeping, others are awake and vigilant. So be sure to get your down time. We need you. The planet needs you. We don’t want you wrecked.

5. Retain Your Sense of Humor

I have been in political groups where laughter, a sense of humor, was judged a lack of serious intent. I quickly found other groups to work with.

A sense of humor is one of the great “weapons” of the world, a shield against depression and anxiety, a breath to keep going when you feel exhausted. Humor, however dark, is always a bulwark against despair. And despair is what those who would steal our freedoms, our health, our lives should feel. Not us.

In the moments before signing the Declaration of Independence, Benjamin Franklin told the Continental Congress, “We must all hang together, or most assuredly we shall all hang separately.” I like to imagine that he did so with a glint of humor in his eyes.