In May 2013, MSNBC’s Lawrence O’Donnell (The Last Word) devoted his “Rewrite” segment to Keystone Sporting Arms founders Bill McNeal and his son Steve.

KSA manufactures guns for children. (Let that sink in for a moment.) Among the logo rights the company owns is “My First Rifle.”

On April 30, 2013, Caroline Sparks of Kentucky died when her 5-year-old brother accidentally shot her with KSA’s “Crickett”, a .22-caliber youth rifle he’d received the year before, a birthday gift.

[It was] “just one of those crazy accidents,” Gary White, the local coroner, said. “It’s a little rifle for a kid … The little boy’s used to shooting the little gun.”

O’Donnell had a slightly different take. He blasted the McNeals as “greedy death merchants” and labeled a KSA website promo pic of a baby holding a rifle as “legal child pornography.”

He then related a story about his own father turning down an opportunity to invest in a liquor store because “he had seen booze destroy too many lives, and kill too many people.” His father told the young O’Donnell “there are some things you don’t do for money.” 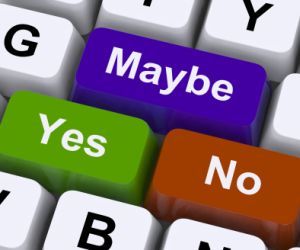 “I’m guessing [the McNeals] never talked about what they would not do to make money,” O’Donnell said, “because what they decided to do, as a father and son team in a small town in Pennsylvania, was start a company to make guns and sell guns for children.

“You would think one of the McNeals would have had the good sense to say, ‘If we make guns for little kids, someone is going to get killed. Well, if one of them said that, the other one must have said ‘Yeah, but we can get rich,’ and getting rich mattered more to the McNeals than someone getting killed.”

I’ve thought about that story many times in the years since it aired. As money continues to ascend in its power, wiping out all other definitions of what matters in life. As more and more politicians sell themselves to the NRA, the Koch brothers, and big Pharma. As climate change escalates, unchecked, because to take action to save our planet would decrease the multi-billion-dollar profits of fossil fuel magnates.

What would you not do for money?

Over Thanksgiving weekend, I jotted down a few responses to that question.

Things I Would Not Do For Money

1) Murder or injure another person.

2) Take a job as a lobbyist or spokesperson shilling for the fossil fuel or chemical industries, Big Pharma or Wall Street.

I’ve actually had experience with this one. As an English major, there weren’t a ton of companies rushing my college campus to sign me up. The recruitment center, however, did offer me an interview with Dow Chemical. They were looking for a writer and the starting salary was twice what anyone else was paying students of Shakespeare and Faulkner. But I turned down the interview. In fact, I remember being amused by the irony of it all: I’d just been involved in a campus protest against Dow two weeks before.

3) Publicly advocate a position different to my actual beliefs.

4) Take something that doesn’t belong to me.

6) Write to the market—what I think will sell—rather than follow my heart.

Unlike numbers 1-5, this is not a moral question. People write for many different reasons. If you have writing chops, it’s perfectly ethical to use those skills to make a living. I’ve written many non-fiction articles for magazines and newspapers. But my novels and short stories have a deeper, different meaning. I revere fiction above all other forms of writing. The best of it informs us, transforms us, gives shape and meaning to human experience. Though I hope to publish my fiction, when it comes to choosing what to write, I take the line of the late anti-Apartheid activist and writer Stephen Biko: I write what I like. 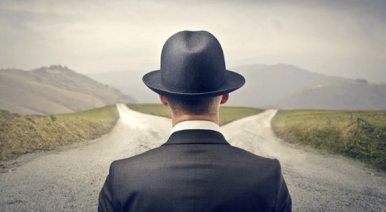 As I developed this list, I realized the question of what one would refuse to do for money comes in a multitude of guises. There’s the illegal and immoral, the perfectly legal but morally murky, and the personally repugnant. I became curious how others would answer the question, so I e-mailed a handful of friends to solicit their responses.

Several people echoed Maribeth F., who wrote: “Not certain how to answer this as there are so many things I would NOT do for money.”

She goes on to tell about a time she was asked to lie at work. “I said no, my reputation is the most valuable thing I own. I will not compromise that. People at work knew that they could trust whatever I said. That level of trust got me through really tough times such as taking positions that were not popular, having to lay people off, confront bad behavior, dealing with potential lawsuits, etc. These challenges helped me to find my voice which overall helped me to confront people when I needed to or chose to.”

In an interesting twist, it turns out there are some things we might do, but not for pay. As Kathleen D. put it: “I who have told lies on occasion would not lie for money.”

Most responders noted they would not violate personal relationships for money. Apropos of the 1993 movie Indecent Proposal, where a rich man offers a young husband $1,000,000 for a night with his wife, several people said no amount of money could induce them to cheat on their spouse. Ed M. said the promise of money wouldn’t persuade him to neglect the people he loves or the things he loves to do. Tom R. said he wouldn’t change his identity for money or cut ties with his friends and family.

Promises of Fame and Fortune

Toni R. reported that she wouldn’t set a forest fire for money. She lives in the South where wildfires have been raging since mid-October, adversely affecting air quality and forcing the evacuation of thousands. While it’s thought that a lightning strike, not arson, was responsible for starting the Rough Ridge fire in Georgia, police suspect arson has played a part in the rapid spread of such fires across drought-ravaged forests in North Carolina, Tennessee, and Kentucky.

How many arsonists might be involved is unclear at this time. In one case, however, we do know that fame served as a surrogate motive for money. An aspiring weatherman from Kentucky admitted to starting a forest fire to draw people to his selfie videos on Facebook. The 21-year-old was jailed for arson, but not before racking up some 3,000 views on social media. The man said he enjoys the attention.

Arson brings up another facet of the money question: What would you not do for profit? The intentional burning of rain forests in Indonesia and Malaysia to clear land for oil palm plantations releases large quantities of the greenhouse gas carbon dioxide. Highly injurious to people’s health and the planet, oil palm plantations yield big profits for companies like Colgate-Palmolive and PepsiCo because palm oil is cheap and has a long shelf life.

Although all the responses I received involve de facto respect for oneself—the unwillingness to violate one’s principles for the purpose of legal or illegal gain—Tom R. addressed the issue directly. “I wouldn’t risk my life [for money] in a stunt—trying to cross Niagara Falls on a tightwire comes to mind … and I wouldn’t undergo unnecessary surgery.” Tom is a retired lawyer turned actor, but I’m guessing he won’t be lining up for Botox injections or a facelift any time soon. He’s not willing to gamble his health or personal safety.

What’s In a Name?

The question of what one would not do for money speaks directly to the issue of personal integrity. It acknowledges that some considerations rank higher than money—perhaps many, if my small sample has any validity. It concedes that such a thing as a moral compass may yet exist, and be valued. That integrity brings its own riches, beside which money looks both dirty and cheap.

Arthur Miller spoke to integrity in The Crucible, a play in which the Salem witch trials mirror Joe McCarthy’s “witch hunt” for Communists in the 1950s. McCarthy and his House Un-American Activities Committee (HUAC) didn’t offer people cash to sell out their friends and colleagues, but they threatened their freedom and their jobs.

Like the principled men and women who stood up to HUAC, when John Proctor is asked at the close of The Crucible to betray his neighbors and perjure himself to save his own skin, he refuses. The officials are shocked. They try to convince him that throwing his own life away is a graver sin than informing on his friends, but he’s having none of it. Wringing their hands, they ask why, for God’s sake, does he refuse to sign his name to their trumped-up confession? It’s just a signature.

And he tells them: Because it is my name. Because I cannot have another in my life.

[Many thanks to everyone who contributed to this post.]

11 thoughts on “What Would You Not Do For Money?”