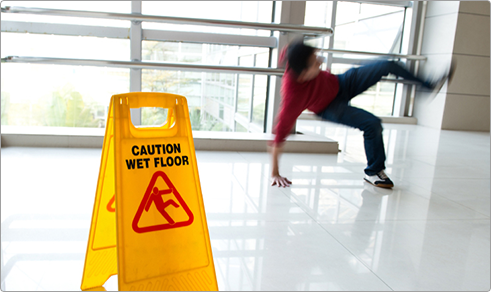 “As long as you can laugh at yourself, you will never cease to be amused.”  (Anonymous)

Some months ago, a friend shared a story at a party. The NGO she works for is part of a global project involving a half dozen other NGOs. Right in the middle of a networking weekend, no one could get access to the project’s shared online folder. People from Amsterdam to San Francisco were frantically e-mailing each other: Where’s our data?! When the dust settled, it transpired that one of the participants had moved on to another job and wiped the old files from his computer to gain usable space. Unfortunately, he was listed with Google as the administrator on the folder. When he erased his copy, he unwittingly erased all the members’ copies.

Everyone at the party had a good laugh over this little tale of digital mayhem. Probably because: 1) we could all imagine ourselves doing something equally stupid, and 2) we were relieved we hadn’t been the one to do so in this instance.

Since then, I’ve often found myself chuckling over this incident and wondering if its innocent perpetrator saw its humorous side—after all, no one was hurt and though it was a nuisance, the remaining NGO members were able to reconstruct the folder from their individual notes. I hope he can laugh as we at the party laughed, but I’m doubtful. We tend to suffer the embarrassment of our mistakes for a long time. Sometimes to the grave.

There’s a lot of pressure to perform to perfection out there. Mistakes are anathema—heads will roll, et cetera—yet who among us doesn’t make them?

To compound the problem, we are vulnerable to something psychologists call the “Spotlight Effect.” When we think we’ve screwed up—called a prospective employer by the wrong name, tripped over a cord as we made our way to the podium to give a speech, sent the wrong manuscript to an editor—we tend 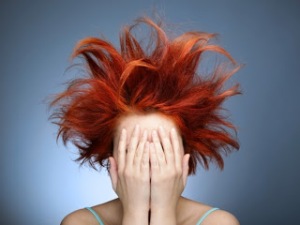 to freak out, imagining that everyone saw, that everyone now thinks we’re awkward, stupid, incapable. This magnification of our own mistakes has two negative effects: 1) To avoid any risk of humiliation or rejection, we become much more guarded in what we say and do; 2) As a consequence, we drain a lot of the joy from our lives.

My husband once set his hair on fire while trying out an expensive cigarette lighter in a posh department store. My friend Pete swallowed a piece of ham tied to a string while doing an experiment on peristalsis. I hauled around my three-week-old son at the bottom of a Snugli, like a sack of potatoes, until a woman in the supermarket told me there was a little button-in cloth seat for newborns. Embarrassing? Well, in the case of the peristalsis experiment gone awry, maybe more frightening than humiliating. The point, though, is that these anecdotes, told and retold over the years, have become the source of much hilarity and bonhomie. As comedian and writer Steve Allen said: Tragedy + Time = Comedy. Our most embarrassing missteps become our funniest stories, the ones everyone asks us to repeat.

But what if we just cut to the chase and start laughing at our foibles the moment we spill the lasagna all over our lap, drop our cell phone down a restaurant toilet, forget to attach the CV to our job application? Life should come with a beeper, warning us when we’re about to screw up, but it doesn’t, so we need to adopt the ability to laugh at ourself.

My dad could be ornery, and he was not much with the compliments, but he could always laugh at himself. It’s probably the most important thing I learned from him. I remember one time in a restaurant, he was fixing his coffee. “Geezus, this cream is thick,” he remarked as it fell in chunks from the little pitcher into his cup. “Oh no,” my mom cried, “that’s my blue cheese dressing. I asked for it on the side.” Now, my dad could have blamed his mistake on the low lighting or the waitress’s failure to set the blue cheese next to my mom’s plate or the stupidity of a restaurant that would put both cream and blue cheese in identical pitchers. But he just laughed. Because it was funny. Because there’s no point in pretending you didn’t do what you did. Because no one is perfect. And then he ordered a fresh cup of coffee.

Mistakes—we all make ‘em. So, laugh it up. And if the people around you can’t cope with this very human reality, maybe you just need different people. 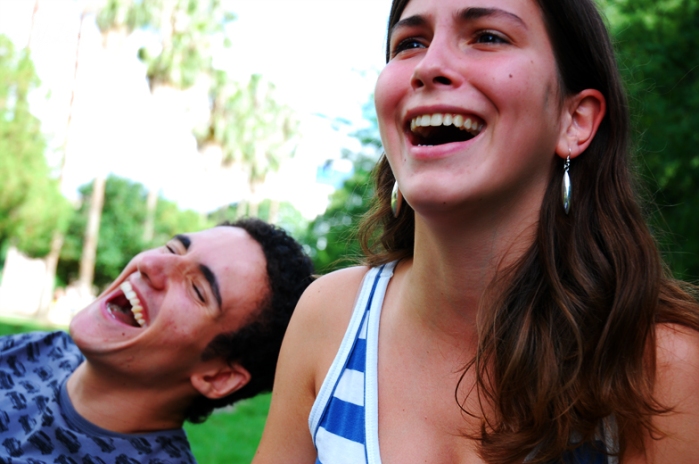 10 thoughts on “Never Cease Being Amused”