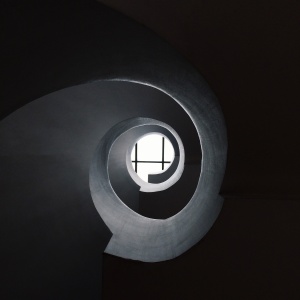 “I think all writing is a disease. You can’t stop it.”

A blast of chill air and the roar of London traffic accompany the man’s entrance to the Bloomsbury eatery. I return to my paper, but a moment later he’s there. Five, six feet away, arguing with the hostess. He doesn’t want one of the small café tables. He wants a booth. The hostess explains—twice—that booths are for parties of three or more. The man holds his ground. His voice rises. I take in his agitation, the untidy shock of dark hair, the furtive eyes. I think: He wants a booth where he can’t easily be seen. I notice one café table tucked into a corner near the register just as the hostess offers him that very table. After a moment’s hesitation, he accepts.

A second man enters. Fair-haired, tall, better-dressed than the first—his sweater cashmere, his haircut expensive. He talks to no one and takes a seat in the opposite corner. Now, both men are at the front, facing each other across the expanse of the restaurant. Each can see the street while remaining in shadow. My gaze returns to the first man. Why was a booth

so important to him? Is he angry or just nervous? And if the latter, what is he jittery about? Is he waiting for something or someone? I notice his smartphone on the table. Is he expecting a call? He might have pushed for a booth because the call he expects is not a conversation he wishes to be overheard.

I glance over and see the posh man also has a smartphone lying on his table. Coincidence? Likely. Everyone gets out their phone when they sit down in a restaurant. But, what if the two men are connected? What if they’re planning something. The wild-haired one keeps glancing toward the street, his fingers drumming ceaselessly on the table, his eggs over toast growing cold. 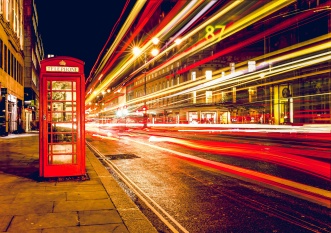 The tony guy picks up his phone. Who is he calling? If the anxious man picks up his phone now…  He does. Another coincidence, or are the two men communicating? Planning a heist of some sort? The British Museum is just down the street. What are they after? The Rosetta Stone? No, too large, too heavy. Maybe the Lewis Chessmen. Will the men leave now (singly, of course)? Go in separate directions, one of them preparing to create a distraction, maybe detonate an explosive with the touch of a button: SEND? Who are they working for?

My husband returns from the restroom before I’ve figured out how they’ll fence the theft. I tell him the story I’ve concocted in his absence. We laugh. Then we pay the bill and walk out into the May morning, heading for the Russell Square tube station. I take my husband’s hand, my eyes alert for a new cast of characters.

Writers see stories in everything. A woman walking along, sobbing, amidst throngs of holiday shoppers (Was she just dumped in a love affair? Did her grandmother/sister/best friend die from a tragic illness/accident? Has she simply received one too many rejections from agents on her latest 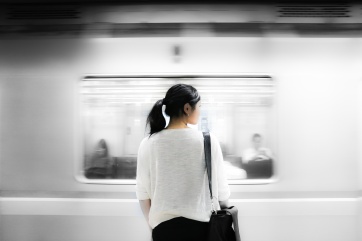 novel?).  Almost every situation suggests characters, a plot. The real-life couple on that HGTV show—ever notice how she shrinks from that hug he gives her? How she doesn’t laugh when he’s trying to be funny? What’s the story behind that?  And the Tappan Zee Bridge in New York—the way it sort of buckles and bounces as you drive across it? Hmm. Corruption at high levels? Is the public’s safety hostage to a bevy of tough legislative players, each with his or her own secret hopes and vices?

My husband says it’s a trip being with me: Nothing occurs that is not part of some larger tale. It is funny, but in truth, it’s the only view I know. I believe the Bard nailed it when he wrote, “All the world’s a stage, and all the men and women merely players.” Every moment is a beginning for “Once upon a time.”

People often ask, “Where do you get your story ideas?” Well, where do you not find stories? Personally, I’m curious about most things, but the top of the list is people. How they choose to present themselves, what they attempt to hide. Their desires, fears, loves, insecurities. And behind each of these, the big question: Why? As the National Enquirer is fond of reminding us, “Enquiring minds want to know.”

So, let this serve as fair warning. If I spot you in a café or a subway car, if our paths cross on an urban street or a country lane, you’ll likely become a character in a plot of my devising. But whether you’ll be the unlikely hero, time-traveling villain, defrauded heiress, or prophetic clown—well, that’s a mystery. 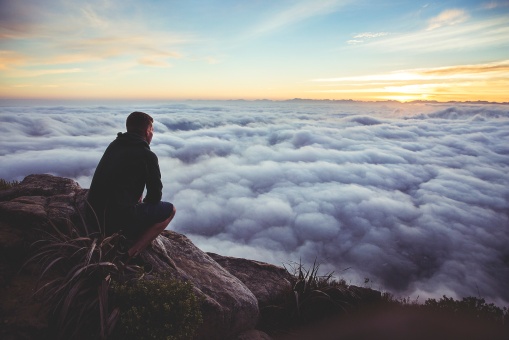 6 thoughts on “The Mind of a Writer”