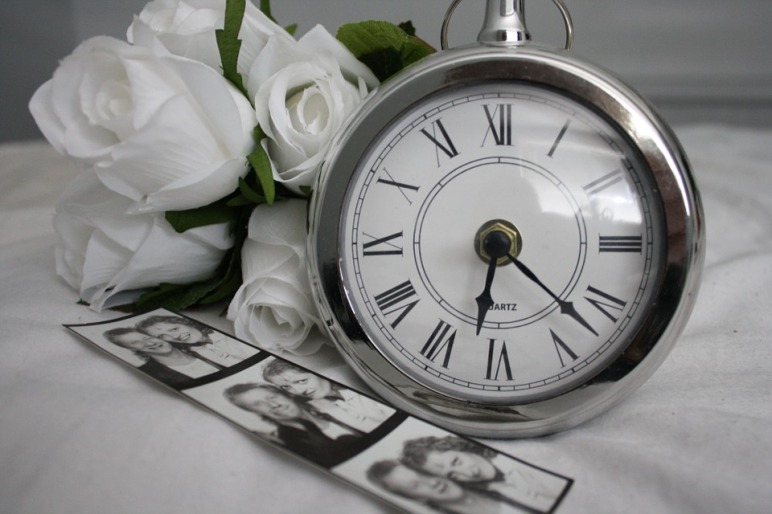 History is a cyclic poem written by time upon the memories of man. (Percy Bysshe Shelley)

The hurricane [Katrina] flooded me out of a lot of memorabilia, but it can’t flood out the memories. (Tom Dempsey)

I recently embarked on a grand project—okay, a ridiculously optimistic task of overwhelming proportions: Cleaning the attic. When Ed and I bought this house ten years ago, one of its selling points was a walk-up attic, essentially an entire third floor. We were thrilled to have a place to hang out-of-season clothing. A space for additional bookshelves—we are constitutionally incapable of walking past a bookstore. The square footage to house all those odds and ends kids leave behind when they toddle off into the larger world.

But the yin to the yang of so much space is that one tends to fill it. We Homo sapiens abhor a vacuum as much as Mother Nature does. Long story short: Our attic is overflowing with stuff no one has looked at since, well, a long time. In some cases, this tallies in the decades. There is much wisdom in the advice that if you haven’t opened a box since the last time you moved, take that sucker and toss it, no peeking.

And yet, when it comes to memorabilia—photos, letters, journals, ticket stubs—there’s a sense of sacrilege about jettisoning these tangible links to our younger selves. A fear that without them, the hours and days of our existence will vanish, traceless, behind us.

Dealing with the Deluge

There’s no doubt that we are an acquisitive race. But up until the 20th century, one’s personal memorabilia was likely to be limited to the blue ribbon won at the county fair for jam-making or a prize pig, the fancy bookmark commemorating victory in the 8th grade spelling bee, a homemade lace-edged Valentine from the once-adolescent stringbean boy you married three children ago.

No longer. Beginning with the instantly-popular picture postcard in the 1890s, the industrial revolution brought an endless stream of keepsake possibilities into our lives. Gift shops sprouted in every museum and gallery. The souvenir stands that sold commemorative plates and dish towels at events like the New York World’s Fair became souvenir shops crammed to the rafters with I ♥ NY (I ♥ London, Paris, Singapore…) mugs, magnets, T-shirts, keychains, and a zillion other tchotchkes. Now, virtually every restaurant and bar offers pint glasses and (more) T-shirts to immortalize the beer or taco you enjoyed there. I admit, I’m a sucker for the tees, but it’s hard to wear all the places you’ve been, and impossible to store their number in anything short of a cargo container.

With the frenzied digital age, the stream has become a raging river, until we now believe we need to own a piece of every experience. Every movie we enjoy, we can keep forever with the purchase of a DVD. The song that recalls that first dance with our honey? The CD is just a click away. And Smartphones have made it possible to photograph every moment of any experience—a dinner with friends, a day at the shore, every frigging flower that blooms in our garden—then post it all on Instagram, Facebook, or Pinterest.

We are overwhelmed by the volume and weight of these souvenirs, these material proofs that we have lived, loved, traveled, and yes, eaten.

Opening box after box, I discovered elementary class pictures, report cards, birthday cards, the angsty poetry of my adolescence, photos of college friends, and a ream (or two) of correspondence from a time when people—young people!—actually wrote 6, 8, 10-page letters. Also a hefty number of journals that if read to recapture my life in the past, would rob me of the time to live it in the present.

Almost as soon as I started to sort through this avalanche, I was rendered catatonic by the decisions I faced, what to keep, who to keep. How much of what from whom to keep. I recycled a stack of particularly vomitous poems written at 13—I fed them to the shredder, actually; not the sort of thing one wants to be remembered for—took an Excedrin and went back to querying agents. It’s an onerous task that would make querying feel preferable by comparison.

But guilt soon drove me back to the attic, as I pictured family members having the job of sifting this mostly (to them) meaningless muck after my demise, scratching their annoyed heads, saying, “Why the hell did she save all this crap?”

What is a Memory?

Before digital photos—back when you had to buy a roll of film, pay for developing the pictures, and find a physical, real-world place to stash them—an overseas jaunt to Paris might result in 40 pictures total. You standing in front of the Eiffel Tower. Your friend/sister/significant other before the Arc de Triomphe. A shot of you both in the Tuileries. Today, it’s more like 400 pics including every croissant you ate and all the patisseries you passed. All of it stored electronically, to be looked at once, twice, never?

I remember a guy with a digital camcorder strolling through the Piazza del Duomo in Florence in 2003, filming everything. I mean, that camera never left his eye, so in the truest sense he wasn’t seeing anything. Even then, I thought He’s never going to sit down and look at 24 hours or 72 hours or two weeks of video. Today, I’m certain of it.

So, what is a memory? Can it be captured for all time by a physical object? When I was a kid, my family took a trip that included Tennessee’s Lookout Mountain. At one of the 5,000 Stuckey’s in that state, my brother bought a souvenir—a man flushing himself down a toilet, the words Good-bye Cruel World chiseled into the base. Granted, it’s hardly a replica of Big Ben or the Taj Mahal, but a souvenir is a tangible item meant to recall an intangible experience. I have no souvenir of that vacation, but I have an enduring memory of crossing the swinging bridge at Lookout Mountain, an 11-year-old kid, high above the earth, feeling capable, feeling powerful, the world in miniature far below.

From three large cartons, I winnowed my treasures of the past down to one small box. I kept one letter or card—the funniest, the most touching, the one that best captured the sender—from the dozen or so people who, with the clarity of time, turned out to be the ones who really mattered.

The three passionate letters declaring undying love I received from someone named Christian, I chucked. No idea who he was, but I hope he’s had a good life. He seems like a nice person.

Gone, too, is the black-and-white roll of film from my two weeks at Camp Shawadasee, shot with my parents’ Brownie box camera at age 10. Twenty little photos so grainy and gray, I can only vaguely make out the camp’s water pump in the sea of blurred faces.

Farewell to the packet of weekly letters I wrote my first-grade classroom parents, apprising them of events and home assignments.

And much, much more.

I did keep a small bundle of photos. My college roomies and me, dressed up as the rock band Kiss for a Halloween kegger. The snap of good friend Teraze and me setting off in my VW Beetle for the wonder and mysteries of a new life on the East Coast. The three-girls-stuffed-in-a-photo-booth pics from freshman year Spring Break in Fort Lauderdale. The face of our young selves is perhaps the most meaningful keepsake, but we don’t need zillions. A pic of our high school BFF, the college roommates with whom we stayed up all night discussing the meaning of life, the friend we backpacked Europe with. One well-chosen photo can evoke an entire relationship.

We Don’t Keep Souvenirs of the Bad Times

Not surprisingly, we don’t save souvenirs of our worst moments, the ones that brought us to our knees, but we remember them anyway:

Kent State 1970. A group of kids in my civics class, crowding around my desk, towering over me, shouting, “This is America. Love it or leave it!” in response to the black armband I wore to mourn the four college kids murdered by Nixon’s National Guard.

The summer afternoon I came home to find my beloved cat Tia’s throat cut by a vicious neighbor’s scythe.

Science tells us that we remember bad or tragic events more clearly than good ones because the heightened emotions they evoke sharpen those moments in our memories. But I don’t know. I have plenty of great memories that are as alive for me today as the hour they occurred:

Jumping on a rope suspended from a branch high above my head and swinging out over a ravine fifty feet below, yelling “Tarzan!,” the wind whipping through my hair, the thrill of the earth dropping away, the utter joy of being nine years old without fear that the limb would break (but wise enough not to tell my parents).

The night I arrived at my new apartment in Boston, having driven from the Michigan of my childhood, through Canada, upstate New York, and all of Massachusetts. Eleven p.m., one-hundred degrees outside. I dug out a glass from a box and poured myself an Irish whiskey. I was making my dreams happen.

What You Can’t Forget

Sometimes mementos are too fresh to sift easily, too significant to toss lightly, but I’ve found ways to downsize the horde. The 62 VHS tapes of my kids are now a slim 2-volume DVD set. From the stack of restaurant cards, exhibit programs, and theatre tix amassed during our 2014 trip to London, I cut up bits of my favorites and découpaged them onto a small box for Ed. The artsy postcards from our 2012 Paris jaunt have been reduced to a representative sample and framed for our guestroom.

The two-dozen family photo albums and box of homemade Mother’s Day cards (I confess, I’m a sentimental old mommy), I leave to my kids—hopefully, in about a hundred years—to sort through what they wish to keep of their childhood.

For now, I’ve stored the pared-down box—the little packet of letters, the envelope of photos—in the attic once more, where it takes up a tenth the space it used to. Perhaps I’ll revisit these culled remnants of my youth someday down the line and then let all that stuff go. Really, the stuff is unnecessary. You don’t need to remember everything. You can’t remember everything. But you will never forget the moments and the people that have shaped your life.

10 thoughts on “The Stuff of Memories”